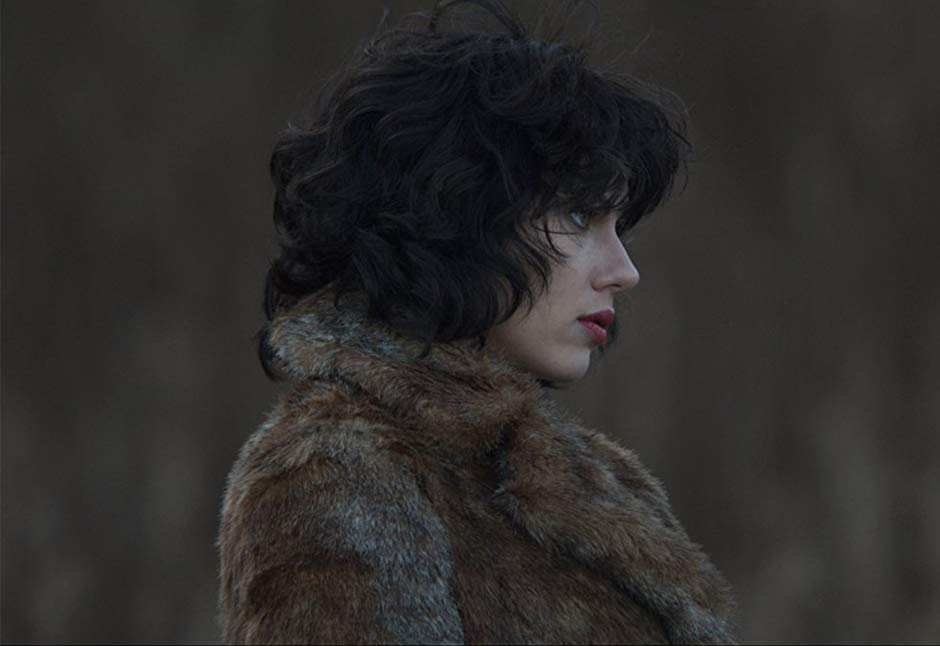 In the opening scenes of under the skin the alien is represented as predatory and emotionless this is shown through a lack of facial expressions and low angle shots to make her appear dominant. This can also be seen through several extreme close ups of Laura which show her  lack of emotion and expressions. however when she lets the man go she shows humanity at this point she also stops driving the van which implies that she wants to leave that life behind her the predatory sound motif also stops which implies that  she is less sinister and predatory and more human and forgiving. When she attempts to eat the cake it implies that she wants to fit in and be more human however when she is unable to eat the cake she panics and leaves the cafe. She then trusts a man and follows him to his house this shows that she is no longer the one in charge and that it is now the man. Finally when she is attacked by the woodsman the sound motif plays again but this time she is not the predator she has become the pray. The film ends with a establishing shot of the forest with a large cloud of smoke appearing from a burning body this implies that her transition to becoming more human ended in her eventual Demise and that humans are more of an monster than the alien.